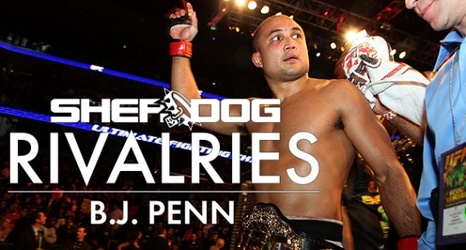 B.J. Penn straddled the line between genius and madness throughout his career, often leaning from one side to the other. It makes him a difficult figure to define from a historical standpoint, whether one sees him as an all-time great, as an all-time what-if or as someone who falls in the vast chasm that exists between those two extremes. The brilliance of Penn’s prime has been overshadowed by the fact that he fell off a competitive cliff, suffering a record seven consecutive defeats before being released by the Ultimate Fighting Championship.