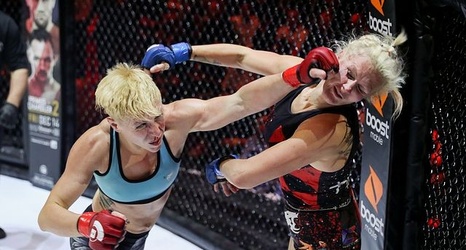 The former UFC, Bellator and Invicta Fighting Championships competitor told Het Laatste Nieuws that she was assaulted by an ex-boyfriend as a result of a recent breakup.

He had been threatening me for a while, but I didn’t take those threats seriously – until he stood at my door,” Dandois said.

According to the report, the alleged assailant surprised Dandois and then attacked her with a key, leaving her with cuts on her face that required seven stitches.