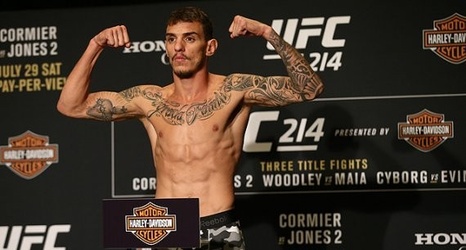 It appears that the second fight of “Moicano” in the 155-pound division will have to wait.

According to a report by Ag Fight, Renato Carneiro is unable to leave the United States and won't compete against Magomed Mustafaev on Oct. 17. The UFC is currently looking to reschedule the fight for later this year.

In his latest appearance, Carneiro (14-3-1) scored an impressive first-round submission of Damir Hadzovic back in March. The UFC Fight Night 170 encounter also marked the debut of "Moicano" in the lightweight division after a stint at 145 that ended with a 5-3 record, including victories against Cub Swanson and Calvin Kattar.