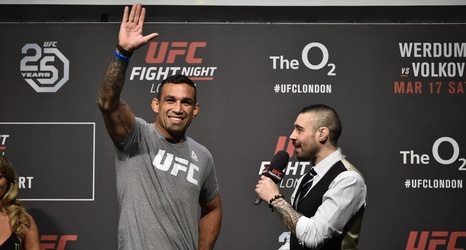 Former UFC heavyweight champion Fabricio Werdum is reportedly back for his first fight in two years.

Per Combate’s report, ‘Vai Cavalo’ will take on fellow submission specialist Alexey Oleynik at UFC 250 in Sao Paulo. It will be his first fight since failing a September 2018 USADA test, which he tested positive for the banned substance trenbolone. This fight was actually booked to headline UFC Moscow in November 2018, only for Werdum to be pulled and subsequently suspended for the drug test failure.

Before the suspension, Fabricio Werdum (23-8-1) suffered a knockout loss to contender Alexander Volkov, in March 2018.