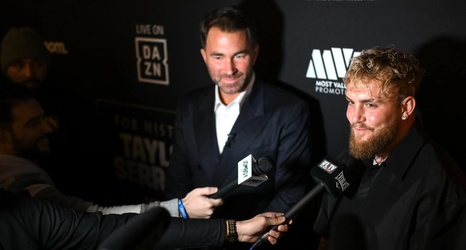 In April, multi-titled boxer Amanda Serrano tasted defeat for the first time at the hands of Katie Taylor via split decision. That gave her promoter Jake Paul the wrong impression, particularly with the judging.

“I still think Amanda Serrano won the fight [over Katie Taylor],” Paul said at the time. “Then you see how this judge Glenn Feldman, who had the biggest gap between Taylor and Serrano. Everyone pretty much had it a draw… a draw or that Amanda won.

“But there’s this judge, Glenn Feldman, who scored it such a big gap for Taylor, gave rounds that Amanda clearly won, to Taylor.