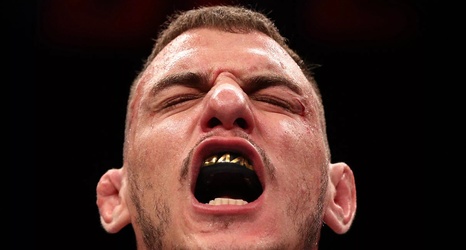 Recently Renato Moicano let everyone know that he wanted to take on a former UFC champion for his next bout in the lightweight division. He told James Lynch of Line Movement that he was hoping to face-off with Anthony ‘Showtime’ Pettis. However, the UFC have other plans for the Brazilian.

According to MMA Fighting Moicano is set to fight Magomed Mustafaev at a yet-to-be named card scheduled for October 17th.

Moicano debuted at 155 lbs in March at UFC Brasilia; the first UFC event that banned fans from the venue, in response to the ongoing global COVID-19 pandemic.