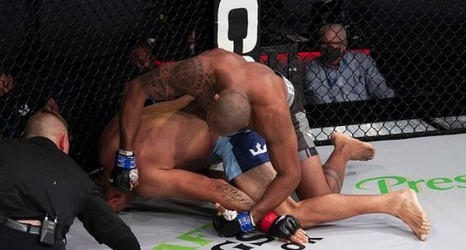 The most significant victory of Renan Ferreira’s career will likely come with an asterisk attached.

Ferreira spoiled Fabricio Werdum’s hotly anticipated Professional Fighters League debut, as he took care of the former Ultimate Fighting Championship heavyweight titleholder with punches in the first round of their 2021 PFL 3 headliner on Thursday at the Ocean Casino Resort in Atlantic City, New Jersey. Werdum (24-10-1, 0-1 PFL) met his end 2:32 into Round, and it was not without controversy.