Raquel Pennington, Pannie Kianzad to Square Off at UFC Fight Night on Sept. 18 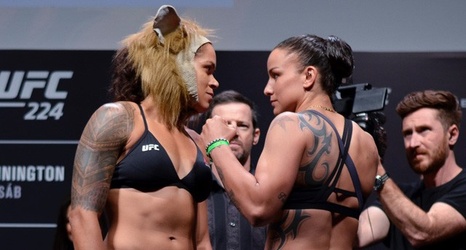 Both fighters confirmed the bantamweight bout on social media following an initial report from Frontkick.online. UFC Fight Night takes place at an as yet to be announced location and is headlined by a light heavyweight clash pitting Anthony Smith against Ryan Spann.

A former 135-pound title challenger, Pennington last competed at UFC on ESPN 11, where she outpointed Marion Reneau in June 2020. “Rocky” recently completed a six-month USADA suspension in May after she tested positive for a banned substance found in medicine she was prescribed for a medical condition.