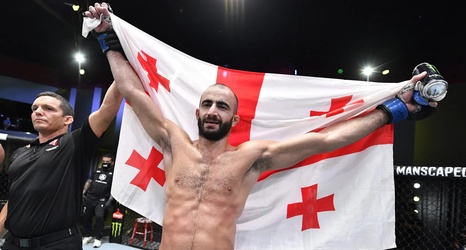 Kings MMA head coach Rafael Cordeiro hopes to make another one of his pupils a UFC champion. After taking Fabricio Werdum and Rafael dos Anjos all the way to the belt, the legenday trainer now hopes to do the same to featherweight contender Giga Chikadze.

Following Chikadze’s impressive win over Edson Barboza at UFC Vegas 35, Cordeiro feels nothing but pride of the work they have done. Now with a win over a legitimate veteran of the Octagon under their belts, Rafael hopes to see Giga fighting for the belt in the near future.