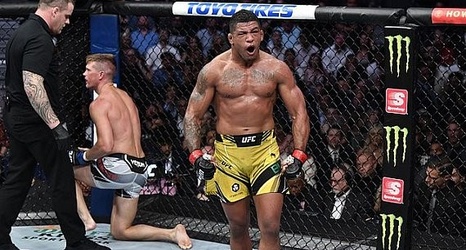 Several current or former Ultimate Fighting Championship fighters wanted to weigh in on a hotly anticipated contest this Saturday.

Even having two belts on the line on Saturday in the main and co-main events of UFC 273, much of the attention on the fight card is on the welterweight battle between Gilbert Burns and Khamzat Chimaev. Burns (20-4) will come in as a huge betting underdog despite being in the top three of his division and a former title challenger. He will take on unbeaten wrecking machine Chimaev (10-0), a man has never needed more than two rounds to dispatch an opponent.