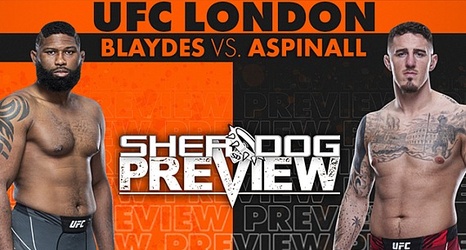 The UFC's March trip to London was one of the highlights of the year thus far, and the promotion looks to recapture that magic here. That includes having Tom Aspinall in the headlining position, as the British heavyweight looks for his second straight breakout win - after dispatching of Alexander Volkov last time, this time around he takes on Curtis Blaydes. Local favorites Paddy Pimblett and Molly McCann each feature prominently as expected, and the rest of the main card is quite strong; Jack Hermansson gets an interesting test in attempting to hold serve against Chris Curtis, while light heavyweight has a huge night with Alexander Gustafsson attempting a comeback and Paul Craig looking to keep his unlikely unbeaten streak going.