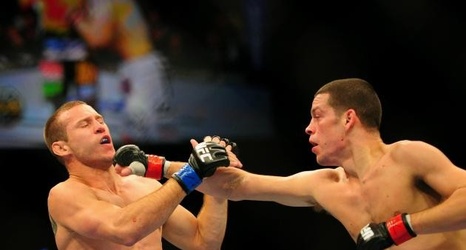 Renan Ferreira upset former UFC heavyweight champion Fabricio Werdum in the headliner of PFL 3 with a flurry of ground-and-pound. Ferreira also tapped twice to a triangle choke that Werdum slapped on seconds before.

Ultimately, Ferreira’s knockout win at 2:32 of the opening round was the official result, bringing him six regular season points in the Thursday night headliner at Ocean Casino Resort in Atlantic City, N.J.

Referee Keith Peterson was not in position to see Ferreira’s hand make a very clear tap on Werdum’s back and then a smaller one before a series of hammerfists removed Werdum from consciousness.