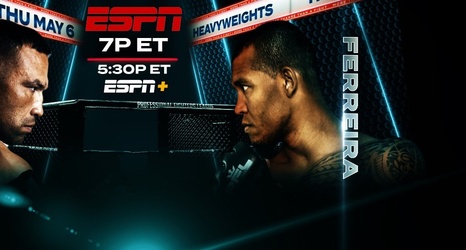 MMA Sucka has you covered for all your PFL 3 results, as the promotion will make its return tonight.

In the main event, MMA fans are treated with the return of the legendary former UFC heavyweight champion, Fabricio Werdum (24-9-1) as he looks to take on Renan Ferreira (6-2) in his first fight with the promotion. Werdum is a UFC veteran with 18 fights for the promotion.

He ended his UFC run with a submission finish over Alexander Gustafsson. In front of him, Ferreira, known as “The Problema,” poses an interesting matchup for the former champion as he towers over his opponent, standing tall at a monstrous 6 feet 8 inches.