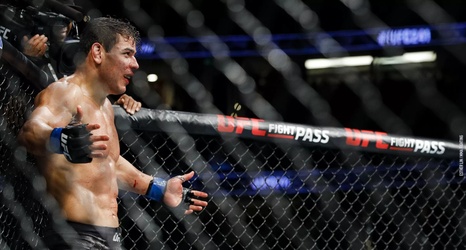 The UFC is working on a superfight between its middleweight champion Israel Adesanya and light heavyweight champion Jan Blachowicz for March 6, and Paulo Costa’s manager Wallid Ismail has an idea for the 185-pound class in the meantime.

While Adesanya works on gaining an extra 20 pounds to challenge Blachowicz at UFC 259, Ismail believes that the company should create an interim title at middleweight, pairing up “The Reaper” and “Borrachinha” against one another.

“This fight has been discussed ever since they first announced that Adesanya would fight the 205-pound champion Blachowicz,” Ismail said in an interview with MMA Fighting.