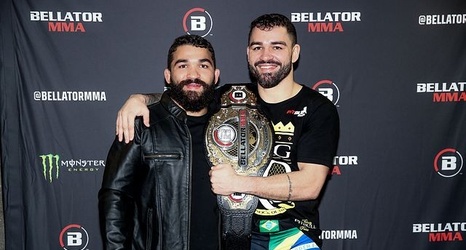 Patricky Freire has been forced to withdraw from his proposed lightweight title defense against Sidney Outlaw at Bellator 283 due to an undisclosed injury.

Sherdog.com confirmed the news with sources close to the situation. The bout is expected to be postponed to a later date. Bellator has not made an official announcement regarding the status of the championship fight.

Bellator 283 takes place at Emerald Queen Casino in Tacoma, Wash., on July 22 and is also expected to include a welterweight showdown pitting Douglas Lima against Jason Jackson.