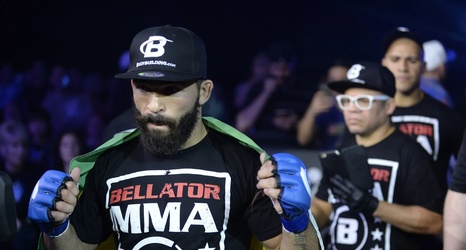 We’ve known for awhile that Bellator two-division champion Patricio ‘Pitbull’ Freire would be facing undefeated rising star AJ McKee in the finale of the featherweight tournament final, but now we know the when and where for this highly anticipated clash.

Officials announced on Wednesday that Pitbull vs. McKee will be the main event of Bellator 263 in Inglewood, California on July 31st. The main card will air live on Showtime with prelims available on a free live stream.

Freire (32-4) recaptured the Bellator 145 lbs title in 2017 in his fourth fight vs. Daniel Straus. After taking the lightweight belt away from Michael Chandler in 2019, Patricio entered the 16-man FW tournament and has been on an absolute tear.