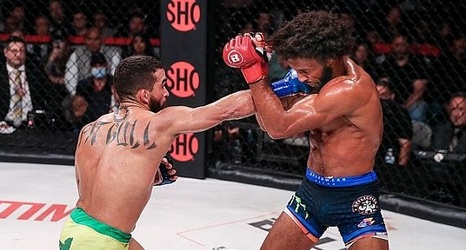 Even though Patricio Freire won the rematch against A.J. McKee, “Pitbull” could not deny the skills of his opponent.

At Bellator 277 on April 15, Freire (33-5) exacted revenge on McKee (18-1) by claiming a unanimous decision and handing “Mercenary” his first career defeat. While the fight was close and a few media scorers awarded the win to “Pitbull,” Freire kept his promise to the fans by winning the sixth rematch of his career. The Brazilian has still never lost when fighting a person for the second time, and he spoke to Sherdog about why he always wins his so-called 'revenge fights.