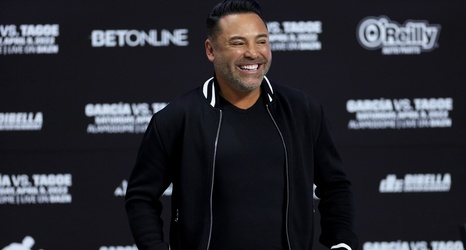 "I criticized the UFC a bit and I was wrong for it, but yeah, I would love to patch things up with Dana and Mayweather," De La Hoya told TMZ Sports in an interview released Saturday.

His feud with White was particularly intense over the years, but the Golden Boy is looking to move past those previous issues.

"I wanna fix things up with Dana," he said.