Opinion: What to Do with Valentina and Deiveson? 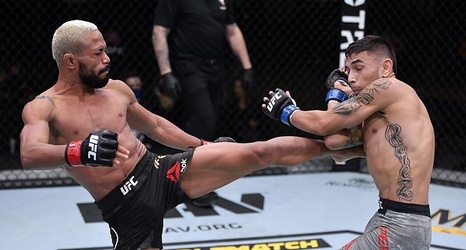 UFC 255 was a strange event. While numbers likely won't be released publicly, there is a good chance that it will supplant UFC 224, with its Amanda Nunes–Raquel Pennington headliner, as the lowest-selling Ultimate Fighting Championship pay-per-view of the post-"TUF" era, going south of 85,000 buys. I've written before of the promotion’s weakening cards, but they usually cobble together a big, marquee main event, and sometimes even co-main, for pay-per-views.