O’Malley: Maybe ‘Khabib stepped away’ from fighting because of Charles Oliveira 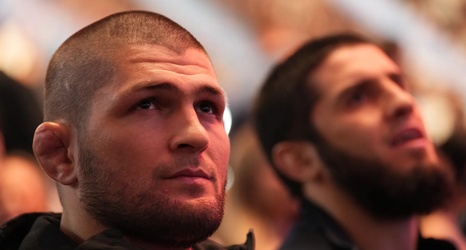 When Khabib Nurmagomedov decided to end his fighting career nearly two years ago, he was arguably the most accomplished and most dominant UFC lightweight champion of his time. “The Eagle” walked away from the sport with a 29-0 record by putting the formidable Justin Gaethje to sleep in the second round of their UFC 254 headliner.

Since then, the 33-year-old Dagestani has kept that door closed to focus on other endeavors. But for bantamweight contender Sean O’Malley, there could be other reasons why Khabib chose to stay away.

In his recent appearance on Canal Encarada, “Sugar” Sean spoke about the hypothetical yet very hyped matchup between Khabib and former champion Charles Oliveira.