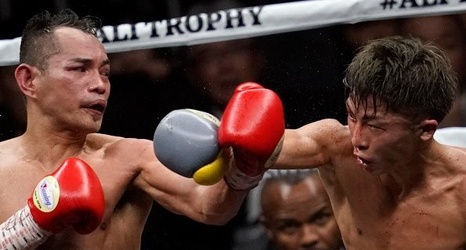 In his recent interview with BoxingScene.com Probellum CEO and Nonito Donaire promoter, Richard Schaefer admitted that he is in talks with the Naoya Inoue camp about a potential rematch.

WBA, IBF, and Ring Magazine Bantamweight titleholder Inoue and WBC Bantamweight champion Donaire would meet in a unification bout, probably set for April in Japan. They fought in 2019 in Saitama Super Arena with the Japanese boxer winning by a unanimous decision with scores of 111-116, 113-114, and 109-117.

In the end, Donaire suffered a knockdown and Inoue battled with a broken right eye socket with each of them landing 141 and 227 punches respectfully.