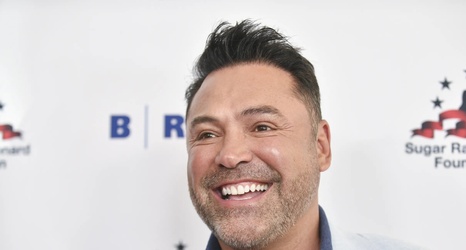 Oscar De La Hoya made his mixed martial arts promotion debut in 2018 through Golden Boy MMA. The event was headlined by the third fight between rivals Tito Ortiz and Chuck Liddell, resulting in the former winning by first-round knockout.

But as we all saw, that served to be the only event from De La Hoya, so far. And in his recent appearance on The MMA Hour, “The Golden Boy” said UFC president Dana White had something to do with it.

“It was such a great experience. Obviously, it’s not my sport that I know, that I’m knowledgeable about, [but] it’s still the fight game.