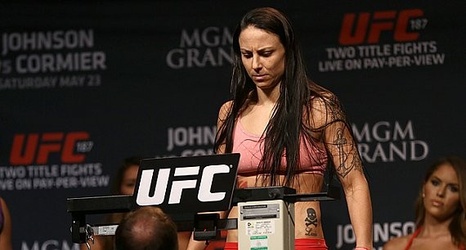 Nina Nunes announces her retirement at #UFCSanDiego after a more than decade long MMA career pic.twitter.com/1YVk9sP885

Nina Nunes is choosing family over her fighting career.

The 36-year-old American Top Team representative announced her retirement following a split-decision triumph over Cynthia Calvillo in a preliminary flyweight bout at UFC on ESPN 41 at Pechanga Arena in San Diego on Saturday. It was Nunes’ 125 pound debut following a 4-4 stint at 115 pounds. Nunes left her gloves in the center of the cage before announcing her decision to Daniel Cormier in a post-fight Octagon interview.