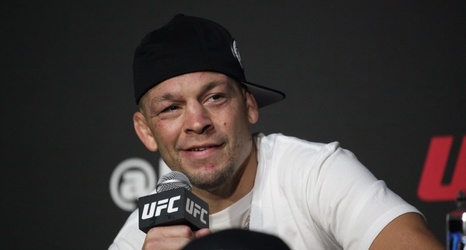 Unless you're "The Most Electrifying Man in Sports Entertainment," don't approach Nate Diaz about a comeback fight.

Diaz, who just wrapped up his UFC contract, said Wednesday he's "only going to fight the rock."

The 37-year-old submitted Tony Ferguson at UFC 279 on Sept. 10 in what could be his MMA swan song. He has already entertained a possible fight with Jake Paul, and speculation linking him with a move to WWE is already beginning.

Dwayne Johnson was famously on hand at UFC 244 to award Jorge Masvidal the symbolic BMF title following his victory over Diaz in October 2019.