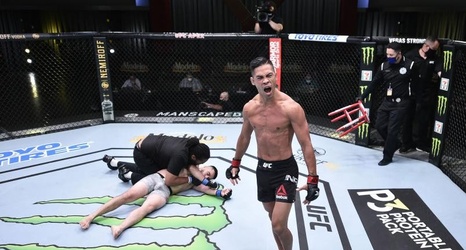 It was a right hand 14 years in the making for Tyson Nam, but after getting his first UFC win in his third try by knocking out Zarrukh Adashev in 32 seconds in June, he didn’t look at it as the culmination of his MMA journey, just the completion of another goal.

“It wasn't the biggest win of my career, but it was definitely big in that I finally got to do it on the biggest stage in mixed martial arts,” said Nam. “A lot has been lifted off my shoulders just knowing that even before the fight it was running through my mind that maybe I'll never be able to show the UFC or the U.