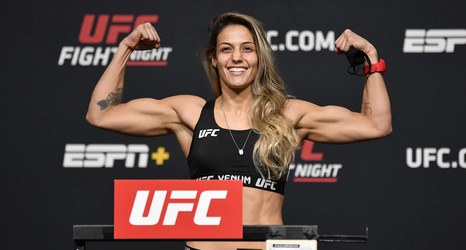 Flyweight Poliana Botelho was forced out of her bout against Ji Yeon Kim due to a rough case of COVID-19. Originally expected to perform at the UFC 270 card on February 26, the 33-year-old described her symptoms on a live stream that Combate transcribed.

During her talk with fans, Botelho listed some of the symptoms she went through during her battle against the virus. Despite wanting to stay in the bout against Kim, she was advised by her personal doctor not to do so.

“I had diarrhea, lots of headaches, a runny nose, fever, weak legs, coughs.