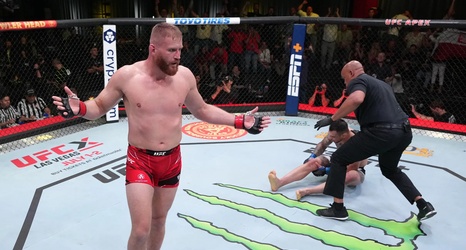 Jan Blachowicz got his hand raised this weekend after the main event of UFC Vegas 54. However, the victory didn’t come how the former champion would have preferred. He scored the win after his opponent, Aleksandar Rakic, went down with what appeared to be an ACL injury.

During the post-fight press conference Blachowicz said he would have liked to finish the fight on his own, but that the way it ended doesn’t mean he’s any less of a deserved winner.