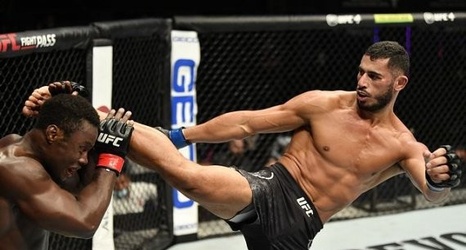 Mounir Lazzez will replace Christian Aguilera and face Warlley Alves a in a welterweight contest at UFC on ESPN 20.

Alves and Aguilera were initially slated to meet at UFC on ABC 1, but Lazzez vs. Alves has been moved to an event scheduled four days later. MMAjunkie.com was first to report the new booking. UFC on ESPN 20 takes place on Yas Island in Abu Dhabi on Jan. 20 and is headlined by a 170-pound clash between Michael Chiesa and Neil Magny.