Morning Report: UFC’s Thomas Gifford responds to claims his corner should’ve stopped the fight: ‘I’ve been almost dead in the second round and I’ve come back in the third’ 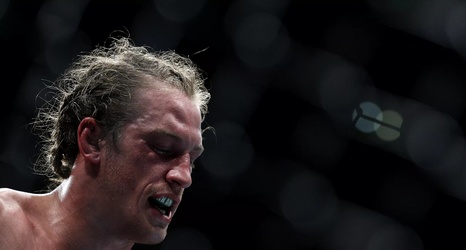 This past weekend, former strawweight champion Joanna Jedrzejczyk cemented herself as the No. 1 contender for the strawweight title with a dominant performance at UFC Tampa. But despite one of the most decorated champions in UFC history returning to form in the main event, arguably the biggest talking point coming out of the event stemmed from a little-heralded undercard fight between Mike Davis and Thomas Gifford.

For nearly 15 minutes, Davis engaged in one of the most one-sided and prolonged beatdowns in recent UFC history. Davis beat Gifford pillar-to-post, dominating the bout and putting Gifford in trouble repeatedly to the point that many fans were vocal on social media calling for Gifford’s corner or the referee to intervene and put a stop to the unnecessary punishment, not to mention the two UFC commentators.