Morning Report: Tyron Woodley says that Nick Diaz deserves to be a UFC Hall of Famer 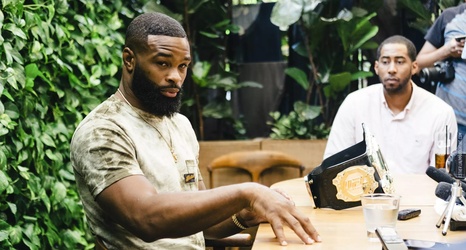 Last week, it was announced that Nick Diaz was planning on returning to MMA in early 2021. Diaz has not fought since his 2015 bout with Anderson Silva that was overturned to a no-contest after both men tested positive for banned substances (Silva for performance enhancing drugs, Diaz for marijuana). But despite his long absence from the cage, there were no shortage of welterweights raising their hands to be the first one to welcome Diaz back. Leon Edwards, Darren Till, and Stephen Thompson were just a few who threw their hats into the ring to fight the elder Diaz but perhaps more notable was who didn’t volunteer.