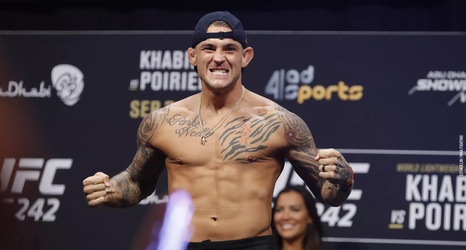 A bout between the two former interim lightweight champions has been rumored for some time now, with the UFC targeting it to serve as the co-main event to UFC 254’s lightweight title fight between Khabib Nurmagomedov and Justin Gaethje. But with the event only six weeks away now, the bout still isn’t official yet and Poirier says the hold up is with the UFC.

“I’m in,” Poirier told ESPN. “... I just need to be compensated if they want this fight.