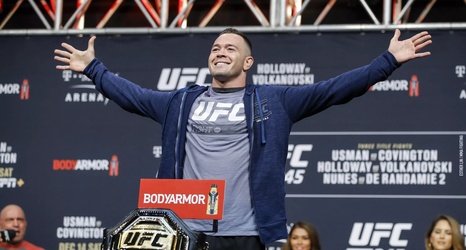 Even after a weekend where Israel Adesanya destroyed Paulo Costa and the UFC crowned a new light heavyweight champion, Colby Covington is still finding ways to stay in the headlines.

A week ago, Covington dominated Tyron Woodley at UFC Vegas at UFC Vegas 11, stopping the former champion in the fifth round. Following the win, Covington called for a bout with either current welterweight champion Kamaru Usman or with former-friend-turned-bitter-enemy Jorge Masvidal. Fortunately for Covington, at the UFC 253 press conference this past weekend, Dana White concurred that a fight between Covington and Masvidal was the fight that made the most sense, and Covington couldn’t be happier, if Masvidal will agree to the bout, that is.