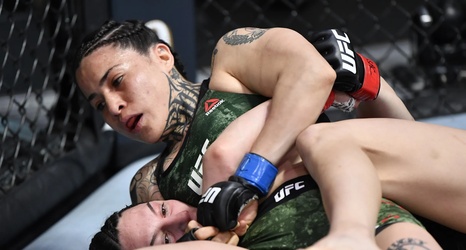 Montserrat Ruiz admits she wanted to settle a score at UFC Vegas 22, but she denies any unsportsmanlike conduct against Cheyanne Buys.

The UFC strawweights’ fight didn’t exactly end at the final bell of their three-round clash on Saturday. Ruiz appeared to gloat after smothering Buys, and the two had a verbal skirmish that ended with officials from the Nevada Athletic Commission separated them.

Ruiz could be seen giving Buys the bird immediately after the fight. But there was speculation online that she did much more than that, spitting on Buys as she got up.