Mike Tyson wants to ‘go all out’ in boxing return: ‘I want to do it again’ 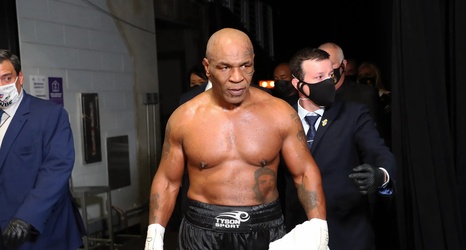 Four months after staging a comeback, Mike Tyson is planning to return to the boxing ring. And this time, he wants to finish his opponent.

Tyson was restricted by amateur rules employed for his fight with Roy Jones Jr. this past November. But he plans to “go all out” in a return he says will happen in May at Hard Rock Stadium in Miami Gardens, Fla.

Appearing alongside Canelo Alvarez and former two-division UFC champion Henry Cejudo on his “Hotboxin” Podcast, Tyson said his comeback against Jones Jr. motivated him to compete again 14 years after an exhibition against Corey Sanders.