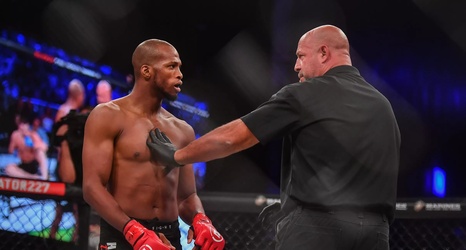 Michael “Venom” Page has buried the hatchet with Dan Miragliotta following his declaration that the established referee would not be able to oversee his future outings on the back of an incident at Bellator Dublin.

Speaking after his one-sided victory over Richard Kiely at Bellator Dublin in early October, Page claimed that Miragliotta called him a “piece of sh*t” during the bout. After “Venom” insisted that he would no longer be able to referee his fights, Miragliotta underlined his intention to honor the stipulation in an interview with MMA Fighting.

Despite the ultimatum made last month, Page now claims that his beef with the American referee has been “squashed.