Michael Chiesa on Colby Covington callout: ‘He’s the toughest matchup for me’ 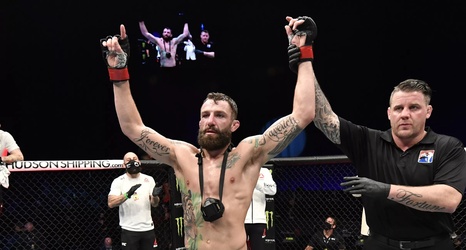 This past weekend Michael Chiesa and Neil Magny shared the Octagon for the main event of UFC Fight Island 8; in a welterweight fight that had major rankings implications on the line. The fight was a grappling-heavy affair, that saw Chiesa dominate Magny on the ground, which ultimately led him to a unanimous decision victory.

This extended Chiesa’s win streak to four at welterweight. Understandably, Chiesa wants to keep working his way to the top of the division. So, in his post-fight interview with Daniel Cormier, he called for a fight with another ranked contender: Colby Covington.