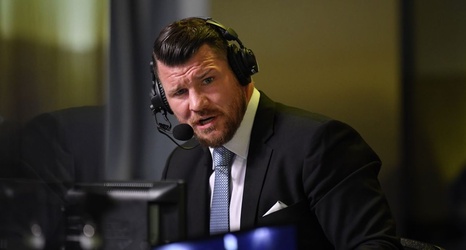 Conor McGregor shouldn’t go rushing into a fourth fight against Dustin Poirier after he recovers from his broken leg, according to UFC Hall-of-Famer Michael Bisping.

Bisping has advised McGregor to accept a ‘tune-up fight’ against Nate Diaz, with who he is long overdue a trilogy, before ‘The Notorious’ tries to avenge his latest loss to ‘The Diamond’.

McGregor is tied 1-1 with Diaz and is 1-2 against Poirier, losing to the latter in back-to-back stoppages.

“Hopefully, we see that fight,” Bisping said of McGregor-Diaz 3 on his Believe You Me podcast (h/t SportsKeeda). “I’m not sure if he wants to come back, Conor I’m talking about, after what’s probably going to be about a year’s lay-off and fighting Dustin for the third time.