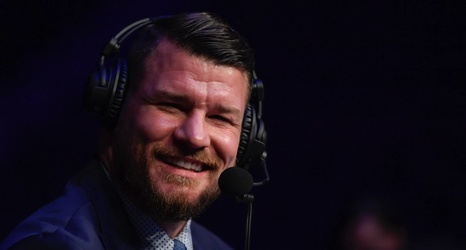 Former UFC middleweight champion and Hall of Famer Michael Bisping has signed a new four-year contract with the promotion to remain a color commentator on its broadcasts. He took to social media on Thursday to announce the good news.

Bisping thanked UFC president Dana White and said that being a commentator is a ‘real honor’ for him.

“Pleased to announce I’m signing a new 4 year contract with the UFC to continue my role as commentator,” wrote Bisping. Beyond grateful for this role. Big thanks to [Dana White]. I really am obsessed with this sport and calling fights for the biggest fight promotion in history is a real honor for me.