Michael Bisping details injury prior to Luke Rockhold fight, was almost blind in both eyes 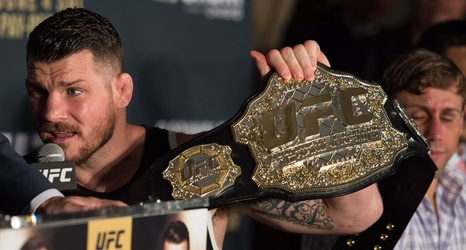 Michael Bisping is as tough as they come.

Not only did the Brit fight in the UFC for almost six years with complete loss of vision in his right eye, but the MMA veteran beat Luke Rockhold to win the middleweight title at UFC 199 with impaired vision in his left eye, too.

Speaking on a recent episode of UFC Unfiltered, Bisping revealed that he was headbutted in training just days before the Rockhold fight and was almost completely blind on fight night.

“The fight with Rockhold, a few days before I flew out to Australia I got headbutted in training and I had stitches in my eye,” Bisping said, per MMA Fighting.