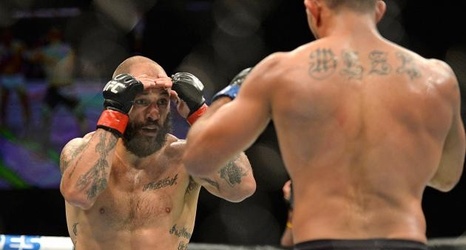 Many assumed that if Max Holloway had succeeded in taking the interim UFC lightweight title in his April bout against Dustin Poirier, his days as the featherweight world champion were numbered.

That somebody is Frankie Edgar, and with Holloway back at 145 pounds to defend his crown for the third time in the main event of UFC 240 on July 27 in Edmonton, it’s almost like business as usual for the Hawaiian, who lost a hard-fought five-round decision to Poirier in a Fight of the Night classic.

And while becoming a double champ and defending both crowns were enticing propositions, there is no lack of motivation for him in returning to featherweight to face Edgar.