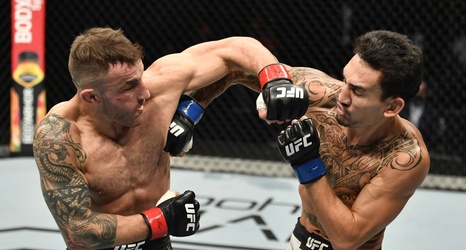 Former UFC featherweight champion Max Holloway was the big winner of the weekend, taking a decision over Yair Rodriguez in a thrilling main event atop UFC Vegas 42. The bout, which many say rivals Justin Gaethje vs. Michael Chandler for Fight of the Year was just the latest contest for Holloway to feature scintillating striking and countless haymakers finding their mark.

One man who has more experience with Holloway than most is featherweight champion Alex Volkanovski, who beat Holloway for the title in 2019 and then beat him again to defend the belt the following year.