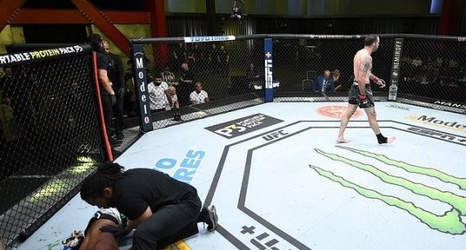 An action-packed welterweight scrap pitting Matt Brown against Bryan Barberena is set for an Ultimate Fighting Championship event on Dec. 4.

MMA DNA was first to report the booking. The card doesn’t have an official location or headliner but already includes several bouts of note: Rafael Fiziev vs. Brad Riddell; Jimmy Crute vs. Jamahal Hill and Brendan Allen vs. Brad Tavares, to name a few.

Brown halted a two-bout skid in his last outing, as he defeated Dhiego Lima via second-round knockout at UFC on ESPN 25 on June 19.