Matches to Make After UFC on ESPN 36 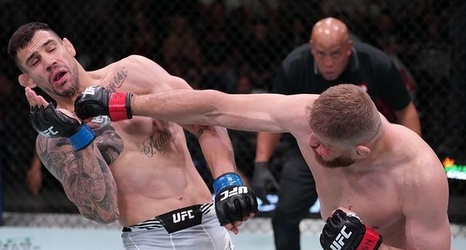 An untimely injury to Aleksandar Rakic’s right knee led to a UFC on ESPN 36 main event with no real winners, at least in terms of title implications.

Heading into “UFC Vegas 54,” the main event between Rakic and former light heavyweight champ Jan Blachowicz seemed to be flying a bit under the radar for a likely title eliminator. The fight ended in disappointment for all involved when Rakic’s leg buckled under him early in the third round; the Austrian was so clearly distressed that Blachowicz did not even follow him to the ground, assuming—correctly—that referee Mark Smith was on his way to make the injury stoppage official.