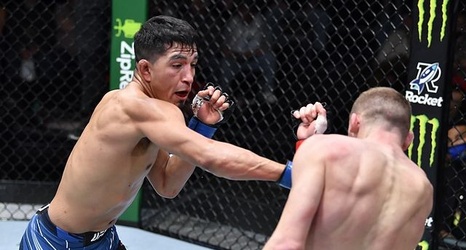 Sign up for ESPN+ right here, and you can then stream the UFC, PFL, Dana White’s Contender Series and “The Ultimate Fighter” live on your smart TV, computer, phone, tablet or streaming device via the ESPN app.

An imperfect performance from Ketlen Vieira may not have piqued the mixed martial arts world’s interest, but it figures to at least point her back in the right direction.

The Nova Uniao export called upon power punching combinations, most of them aimed at the head, and caused more than enough damage to warrant a unanimous decision over former Ultimate Fighting Championship and Strikeforce titleholder Miesha Tate in the UFC Fight Night 198 main event on Saturday at the UFC Apex in Las Vegas.