Matches to Make After UFC 270 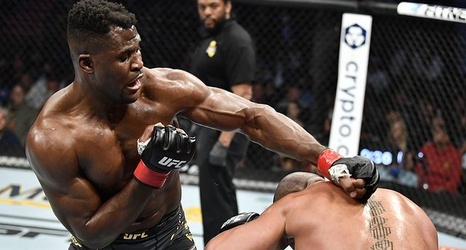 Francis Ngannou and Deiveson Figueiredo need to make some room in their respective trophy cases.

In the main event of UFC 270 at the Honda Center in Anaheim, Calif., “The Predator” won a competitive but clear unanimous decision over former teammate, interim heavyweight champ Ciryl Gane. While his win was no great surprise, the specifics were, as Ngannou overcame a slow start to win the final three rounds with powerful takedowns, top control and bursts of ground-and-pound. That new weapon in the champ’s arsenal would seem to vindicate his decision to relocate his training to Xtreme Couture in Las Vegas, and is a daunting prospect for future contenders who already have to prepare for his numbing punching power.