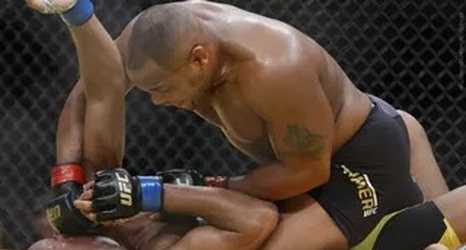 UFC middleweight Marvin Vettori missed Dana White sitting cageside at UFC Vegas 23, because he had a message for the UFC president.

But even though White didn’t show for Saturday’s event at UFC APEX in Las Vegas, Vettori said that can be rectified with an invitation to UFC Vegas 24, host of a pivotal middleweight fight between ex-champ Robert Whittaker and Kelvin Gastelum.

“I want Dana to give me a ticket for me to sit next to him to watch the fight, and that fight will say a lot,” Vettori told reporters after dominating Kevin Holland on Saturday.