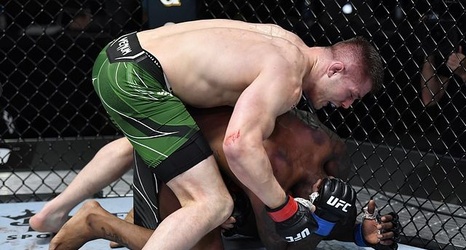 Marvin Vettori wasn’t in much danger against Kevin Holland in the UFC on ABC 2 headliner on Saturday, but it wasn’t the type of performance that turns heads, either.

“The Italian Dream” relied on takedowns, top control and ground-and-pound to roll to a unanimous decision triumph over Holland at the UFC Apex in Las Vegas for his fifth consecutive triumph at 185 pounds. Vettori’s dominance was reflected in the final scorecards: All three cageside judges submitted 50-44 tallies in favor of the Kings MMA product.

While Holland a few fleeting moments of success when the combatants were on their feet, those were few and far between as Vettori set a middleweight record with 11 takedowns.