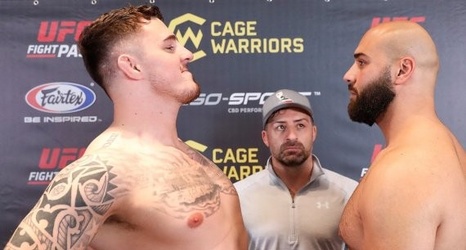 There’s a blueprint for defeating Kevin Holland, and Marvin Vettori followed it perfectly on Saturday afternoon.

The Italian middleweight took Holland down repeatedly, remained heavy on top and battered his opponent with ground-and-pound en route to a unanimous decision triumph in the UFC on ABC 2 headliner at the UFC Apex in Las Vegas. All three cageside judges saw the fight 50-44 in favor of Vettori (16-4-1, 7-2-1 UFC), who has won five straight fights at 185 pounds.