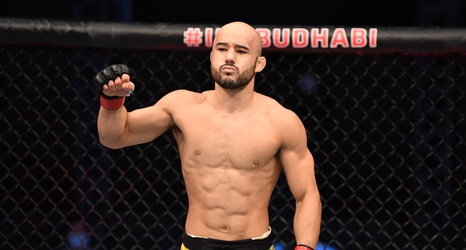 UFC 266 is continuing to shape as top bantamweight Marlon Moraes and Merab Dvalishvili are expected to meet on the card.

Dvalishvili’s coach, Ray Longo, announced the fight whilst appearing on the Anik & Florian Podcast earlier this week. Moraes currently sits at #6 in the UFC bantamweight rankings whilst Dvalishvili is a few spots behind him at #10.

Moraes (23-8-1) will hope to get back in the win column against Dvalishvili after suffering stoppage losses in his last two fights. A highlight reel spinning wheel kick at the hands of Cory Sandhagen and a first-round TKO defeat to Rob Font has left Moraes without a win since UFC 245 in December 2019.