Manager: Khabib ‘would stop Israel Adesanya in three rounds’ if he cuts to 185 lbs 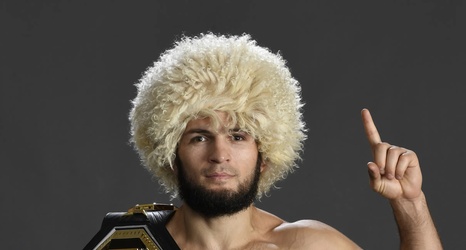 Abdelaziz, who manages Khabib at Dominance MMA, pointed to Nurmagomedov’s manhandling of heavier fighters at the gym as proof that the former UFC lightweight champion would dominate and finish Adesanya inside three rounds.

Abdelaziz, a Brazilian Jiu-Jitsu black belt, acknowledges Adesanya is ‘the best striker’ in the world but claims he wouldn’t be able to stop Nurmagomedov’s takedowns.

“If Khabib comes tomorrow and cut to 185, he will stop Israel Adesanya in three rounds, this is my opinion,” Abdelaziz told Sherdog in a recent interview (h/t The Mirror).